Are you after a brand new and still sealed Heroquest box?
Are you ready to pay a lot of gold coins to put your hands on a shrink-wrapped Barbarian or Elf Quest Pack? I know, sealed boxes are very attractive for everyone but first you must consider this:
It can happen (and has happened back in the 90's) that opening a new box (whatever game it is) you can notice that something is wrong.
I remember Ghar (if my memory s not cheating me), a friend from the Italian Heroquest community was lucky enough to find a double set of heroes inside his D&D The Fantasy Adventure board game.

He was very happy in his case, but pieces may also be broken or defected and sometimes even even missing!
How could you react in such situation? Imagine you've bought a sealed Barbarian Quest Pack and to realize that the blue sprue (it is the one with the monsters and the female Barbarian) is missing!!! Are you still alive? It is a manufacturing fault and yes, it can really happen!

For example let's check the photo below, you can notice a great mistake in the cut of the cards, it is just a manufacturing fault; the printer and/or the cut machine were not aligned properly, so the cards feature a bad cut on both sides and the artworks are coming out of the edges while the card title is on the bottom of another card; what a mess!! 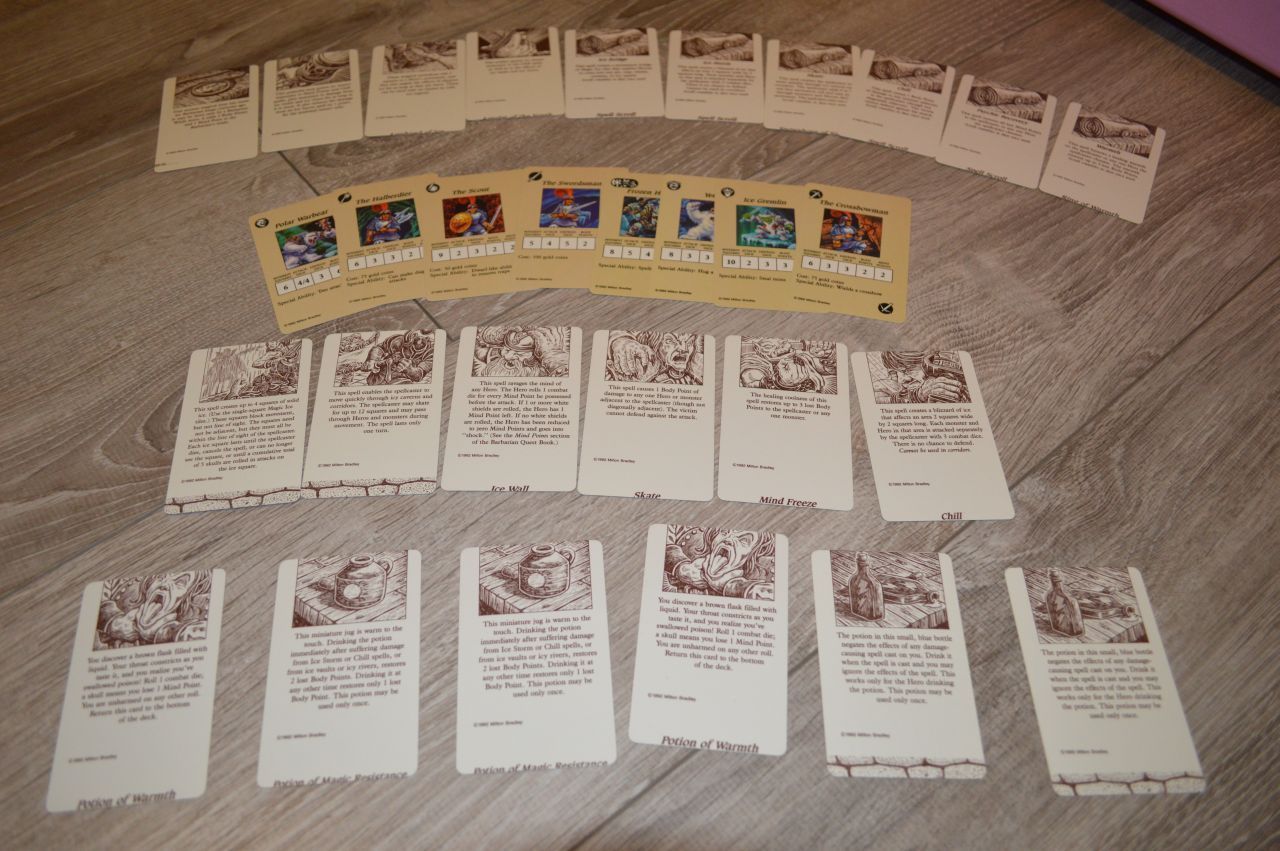 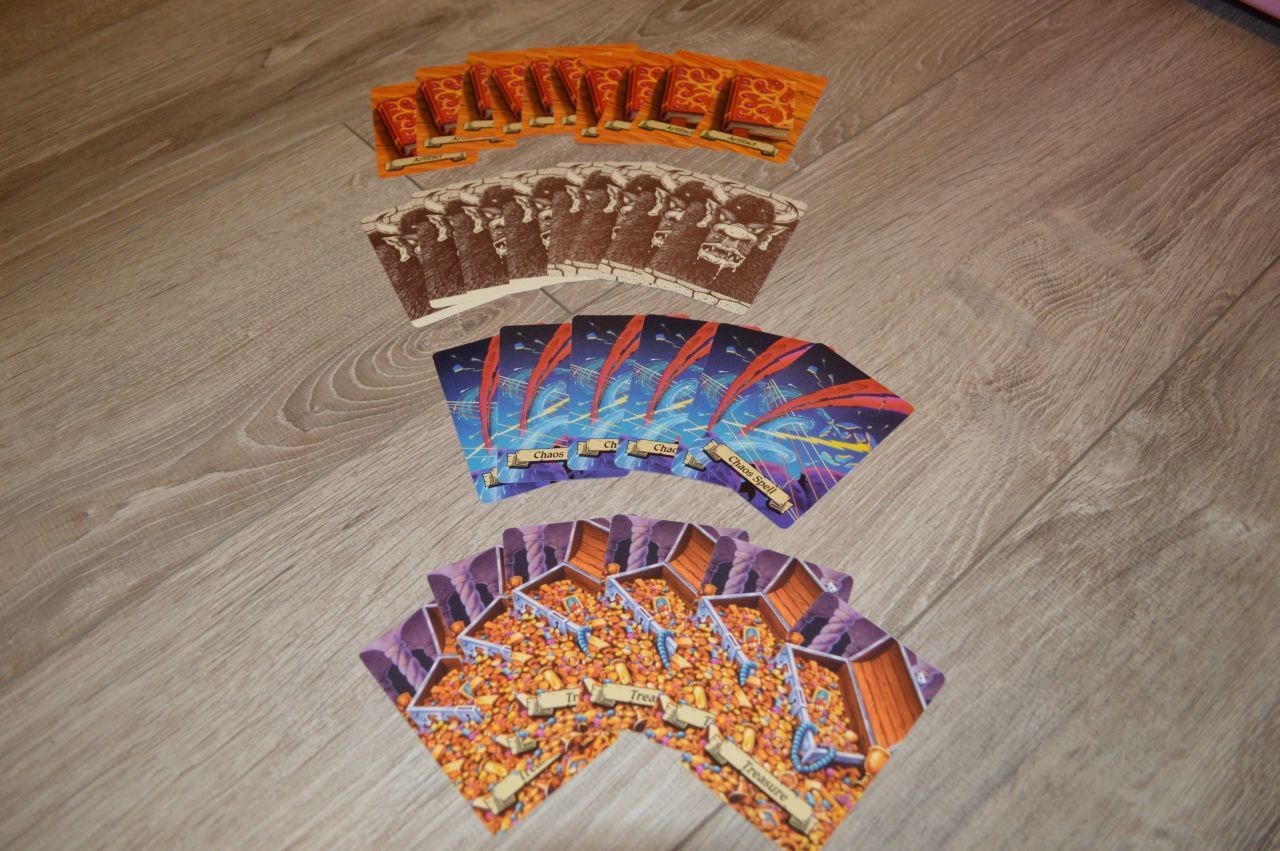 In 1990 you could return the box to your favourite shop and showing the receipt you could get another copy of the game in return but I guess today no eBay seller will accept a return of an item that was sold sealed and now you are pretending to return it opened and defected! Do you agree?

The previous photos come from an ebay auction and fortunately were not my cards. But now, let's have a look at this other picture. It is the grey Mercenaries sprue, taken from an unpunched Barbarian Quest Pack I owned. You can notice one long sword seems melted, missing the central part of the blade. This was caused by a bad cast. The liquid plastic didn't fill the mold completely causing the sword to be cast so badly. 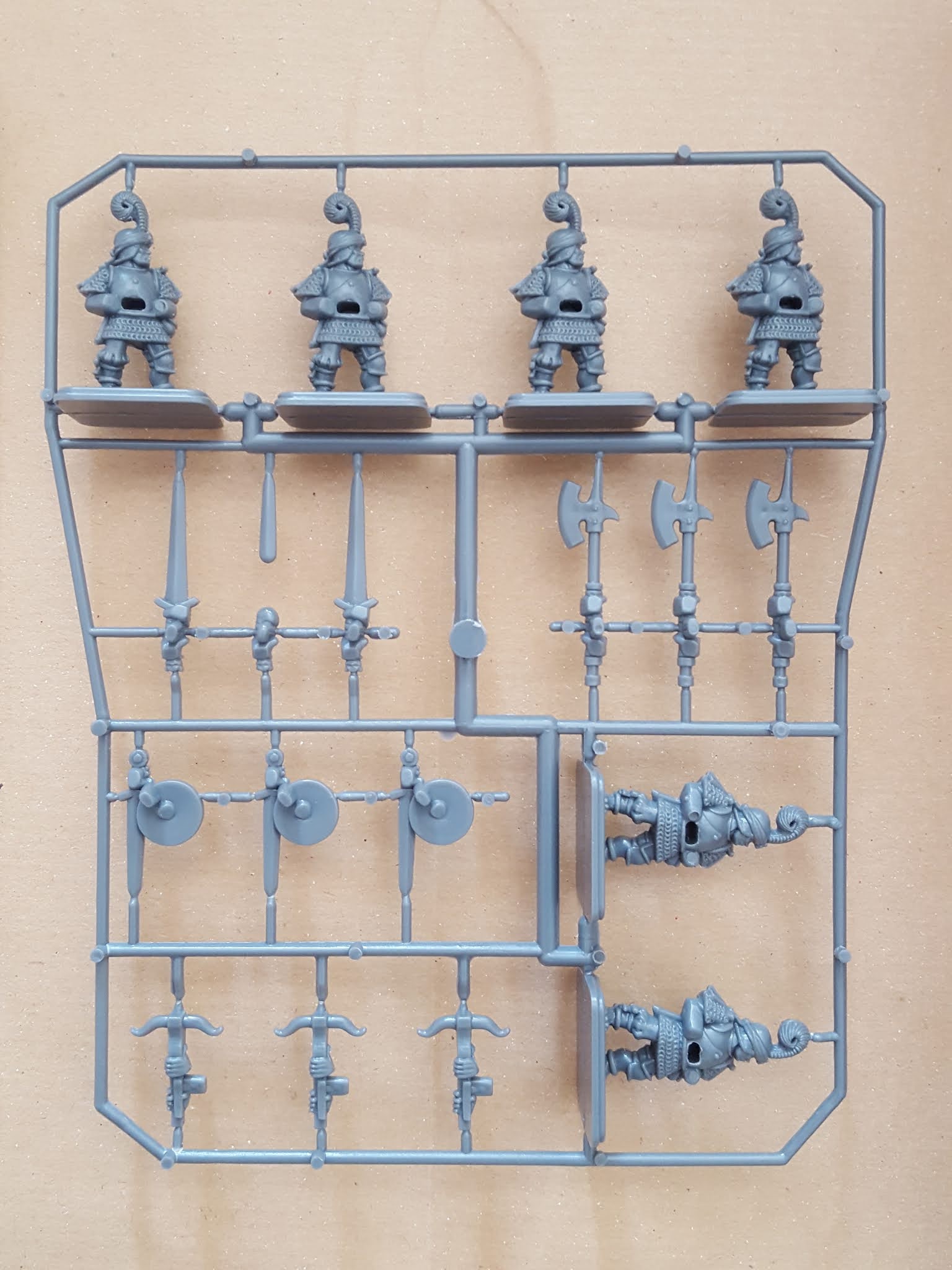 Not a real big problem for me as we have weapons in excess for the mercenaries, but can you imagine if the defect was involving the female Barbarian figure or the Frozen Horror? Too bad! Well, ehhmmm, here is a picture of bad cast of a Female Barbarian: 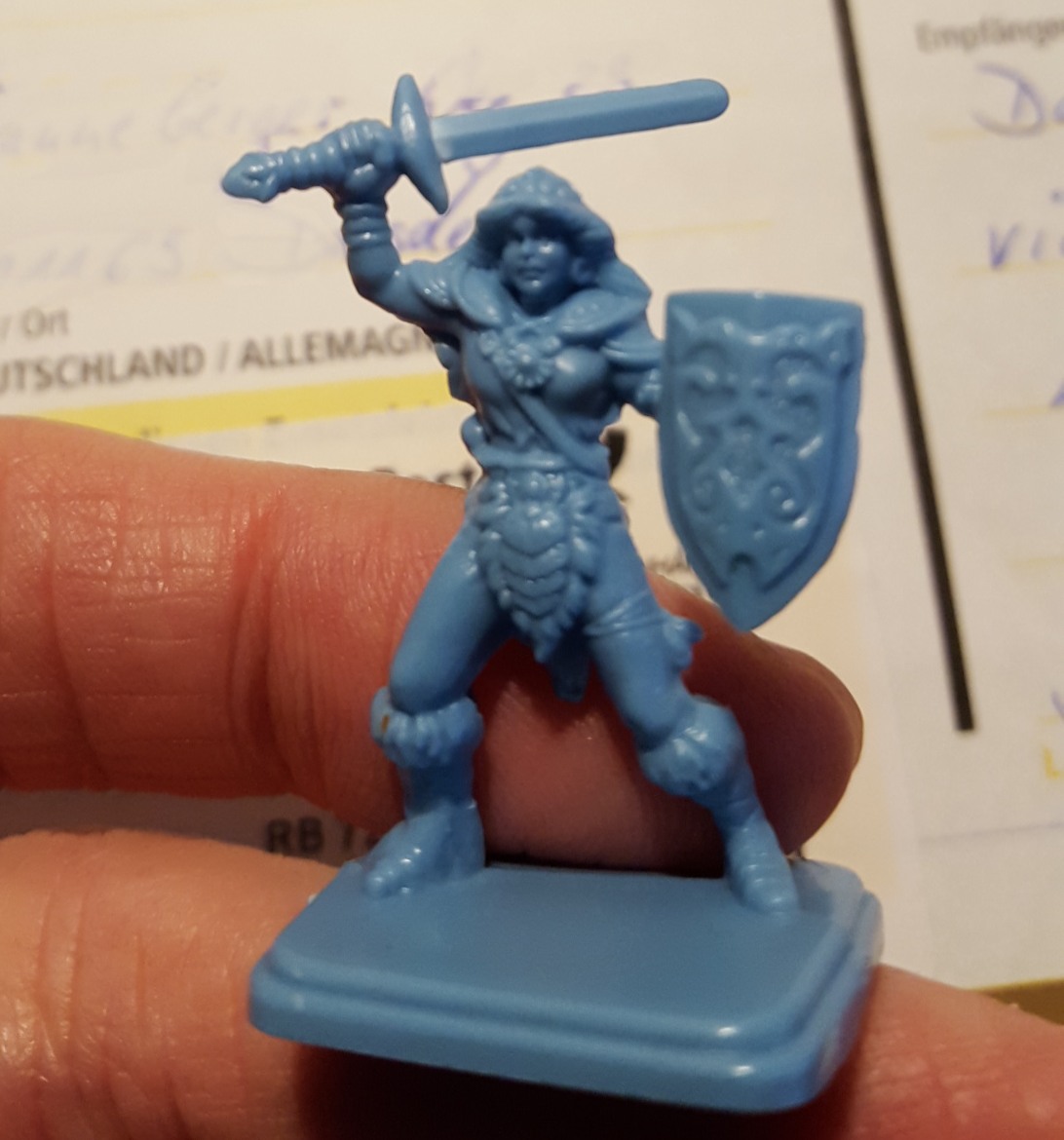 Once again not so much dramatic because it involved the end of her sword only but it could have been happened to her face, a hand or another part of the miniature that is difficult to replace (unless you have some skills with green stuff to resculpt it). can you imagine? So that's why I would prefer to buy a box that is still in excellent conditions but already opened than a sealed one.
Also, with a sealed one there is the risk that you will never open it because of its rarity and so you'll never enjoy it. Infact the exact moment you remove the cellophane the value of your box will be reduced drastically! 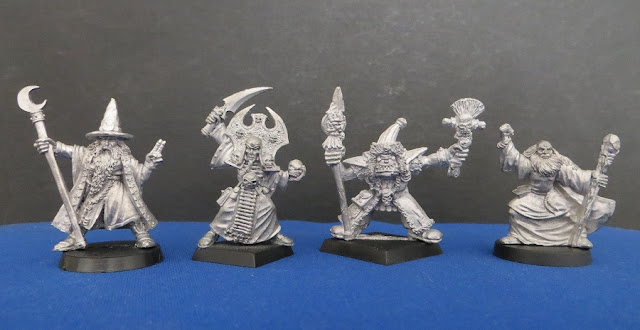